Home News Remember Sanzimana Ely The Boy Who Was Mocked And Called A Monkey?...

Restrained between two lives, sanzimana  Ely the boy born in the remote area in the Congo was subjected to persecution, abuse, and beating from his neighbors and friends which forced him to always seek refuge in the Congo forest to escape the abuse.

Sanzimana Ely now 24years old has had a drastic change in his life in what that come to be termed as God’s blessings in disguise.

The story of sanzimana  Ely first came to light after a company running a YouTube channel called Afrimax English visited the mother and the boy to find out about the boy and run a story about him. During the visit, the family of two were living in a grass-thatched house that was old and almost falling on their heads. 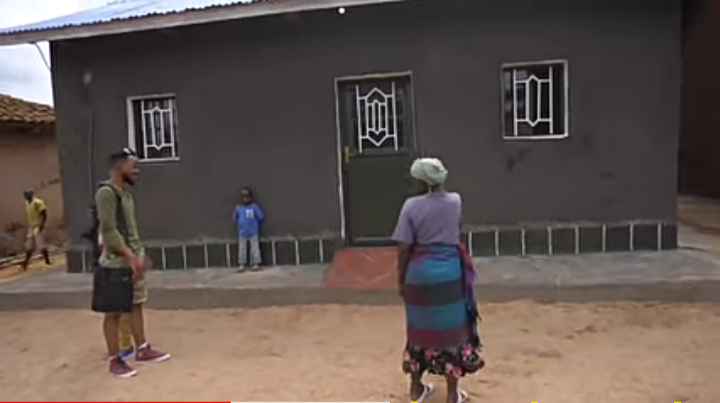 According to the boy’s mother, Ely is the only child of hers that survived after four of her kids died some weeks after birth. Ely was a result of a prayer husband and wife made to God to give them a baby no matter the condition but as long as it can live longer. His father died shortly after his birth.

Mother and son were surprised this week after Afrimax, touched by the miserable life the two were living in, built a modern house and furnished it for them. The three-bedroom house has a living room, has access to both clean water and electricity.

It was also the first time the two ever traveled in a car in their lives. 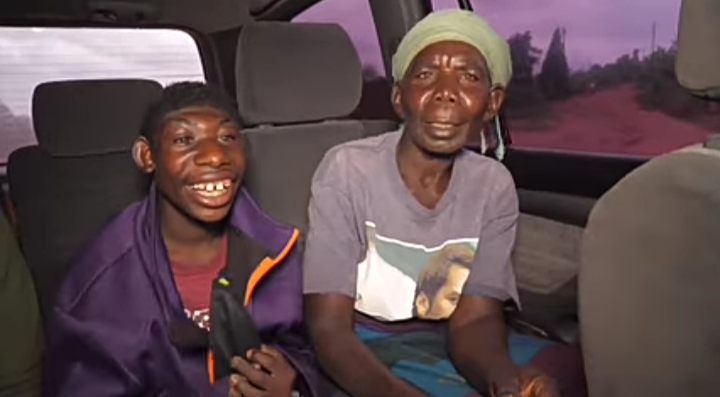 The mother couldn’t hide her joy, as she watched Television for the first time in her life. It was a surprise she did not expect in her life.

The boy although having difficulty in speaking has already enrolled in a school to make sure he gets an education like the rest of his friends.

The mother added that for once her neighbors see her child as a normal human being, not the monkey they used to refer to him thanks to the help she has received from people after the story went viral online. 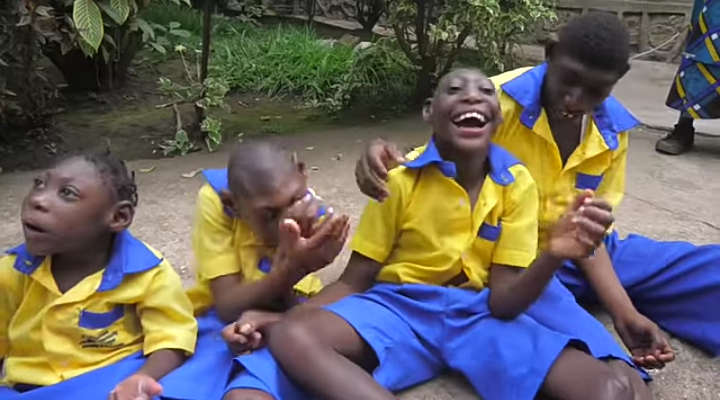 The boy who was once bullied, called ugly, and mocked has changed his life and that of his mother completely through a noble act of kindness from people.