Kitui County has one’s again blazed the internet after a viral video from the county emerged causing a stir online.

In the clip uploaded by Nairobi ex-governor Mike Sonko, a Mango was spotted with a human face in the area exciting many.

Elated residents flocked to the scene with their phones drawn as they took photos of the weird-looking fruit from the tree.

Barely a week ago, a man from the same county had a bad day after a Snake that was reportedly being ferried by an eagle broke free and fell into his vehicle.

Minutes later, the snake attacked the young man as he tried to throw it out of his vehicle, in a shocking turn of events, residents who gathered to kill the snake were puzzled after the eagle flew to the scene taking back the snake.

This incident caused uproar across the internet with netizens still in disbelief.

Kitui County is highly associated with some unnatural occurrence with, Bees several days ago attacking a bus station that had two groups fighting over the section control. 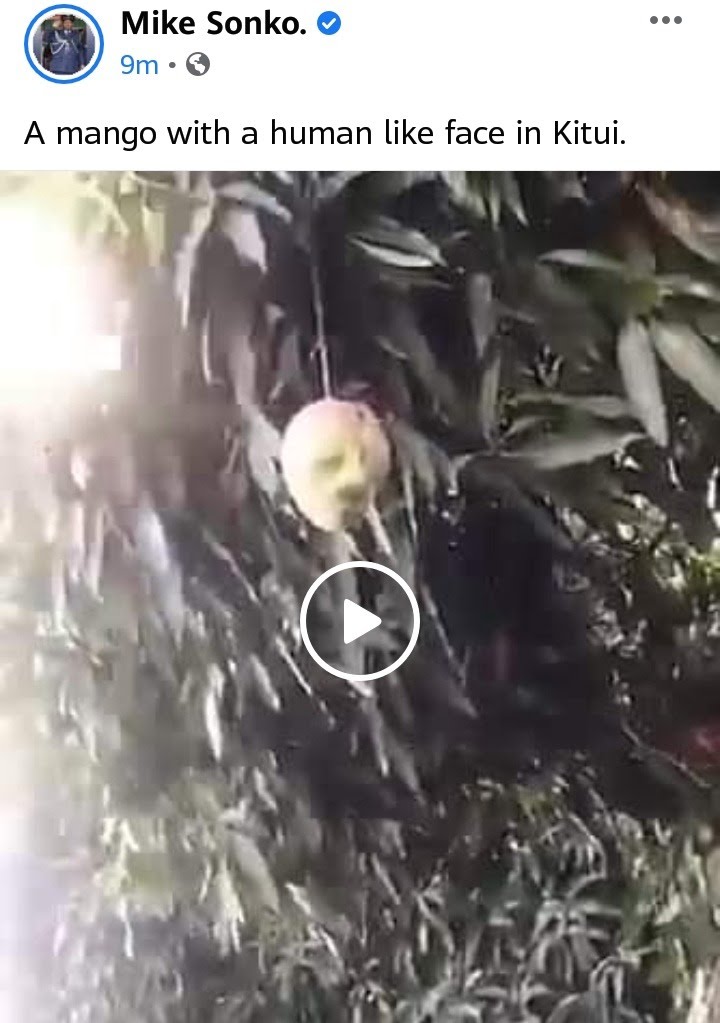 @Ndichu..They should be careful. a snake might land from the sky anytime🙄

@Cosmas… This is casting fruits before they ripen villagers will never get that they think it is witchcraft wake up earth is hard..

@Anne.. Can we just lock down Kitui because every other day there are masses gathering for all the weird reasons hence covid spread risk. 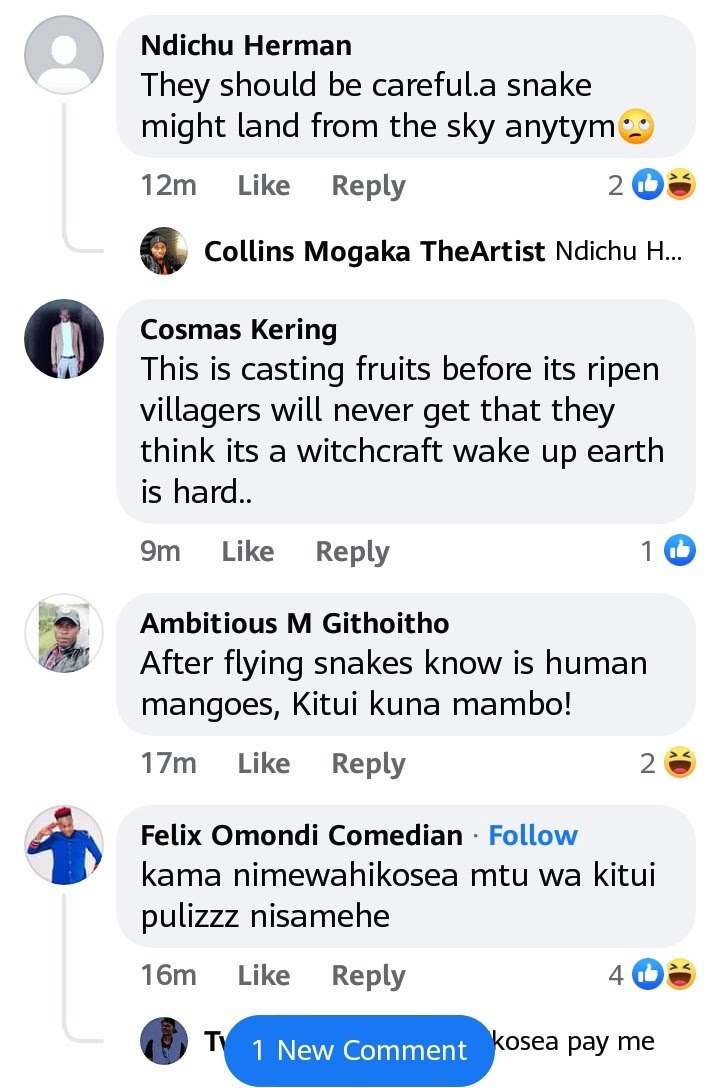 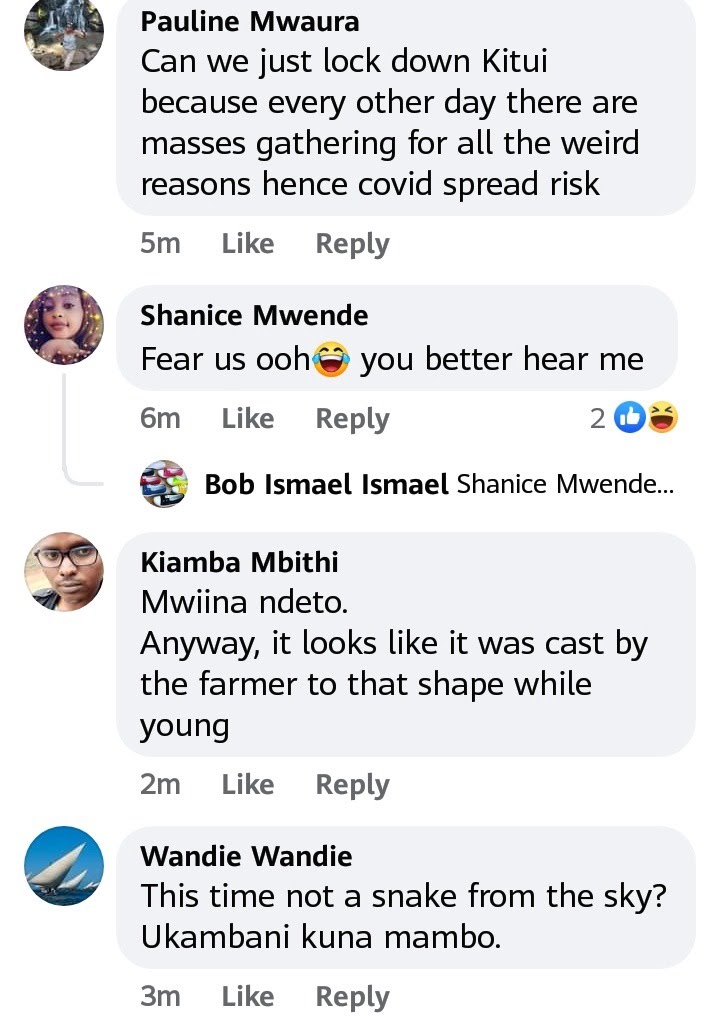