Singer Rajab Abdul Kahali aka Harmonize has signed first Female artiste to his Record Label “Konde Music Worldwide” expanding his empire to a total of 7 artistes.

On Thursday, Konde Boy introduced Angela Tz as his latest signee during a press conference that was held at Hyatt Regency in Dar es Salaam. She signed the contract in the presence of her parents, with a welcome party expected to go down tonight at Konde Gang Headquarters.

“WE ARE ABOUT TO WELCOME THE QUEEN IN THE GANG 🏁🏁 @anjella_tz NIGHT GET READY IF YOU’RE INVITED BIG UP @sayonatanzania ♥️ RED CARPET START 8:00 USIKU LET SEE 👀 😉 👌” wrote Harmonize. 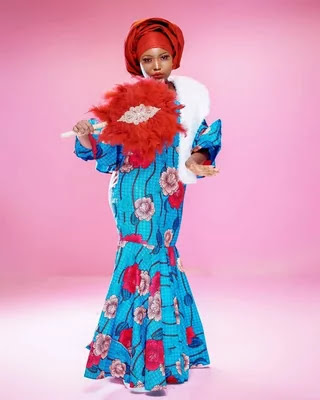 The singing of Angela come weeks after Harmonize featured her in one of his songs dubbed All Night. Angela earned the collaboration after emerging top in a challenge Harmonize had put out with the quest to find a lady to work with in his project.

On the other hand, Ibraah Tz was unveiled as a Konde Gang member on April 4th 2020.

Konde Music Worldwide are the official management for Skales’s in East Africa and anyone interested in working with him should contact the Harmonize owned record label.

“AFRICA MUSIC DREAMING TO THE 🌍🌍 we are happy 😊 to welcome Genius Musician 👨‍🎤 from Nigeria 🇳🇬 my Brother @youngskales WELCOME TO THE FAMILY @kondegang I S S A DREAM TEAM 💪 #KONDEMUSICWORLDWIDE🌍 #OKGANG For Bookings @choppa_tz #KONDEGANF4EVERYBOD,” said Harmonize.